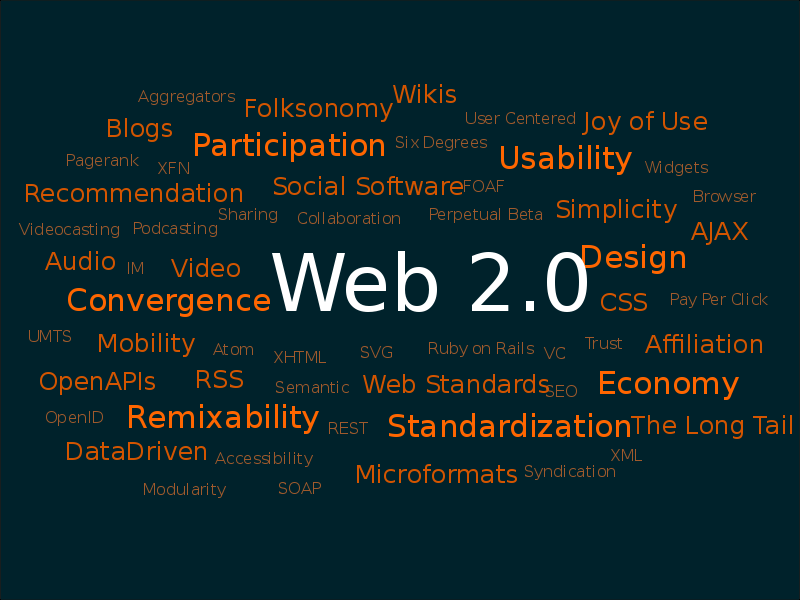 Web 2.0 has been a buzz word for a few years now. But yet we haven’t seen many gaming portals adapting web 2.0 technologies. Why is that?

According to Wikipedia “Web 2.0” refers to what is perceived as a second generation of web development and web design. It is characterized as facilitating communication, information sharing, interoperability, User-centered design and collaboration on the World Wide Web.

In the image above you see many words associated with Web 2.0. Some of the most important for igaming are:

Web 2.0 focus on the users and in my opinion gaming software and gaming portals today do not!

There are of course exceptions to the rule but in most cases target group analysis and usability studies are not part of the  development process. How can you release bingo, casino and poker software and not have real players trying it first and give you valuable feedback?

Focusing on the players when designing software will be a major competetive advantage as the gaming industry matures.

To be able to attract new players who aren’t early adopters and hardcore players you have to find them where they are. I believe that the majority of new players can be found on social networks, so gaming companies should start having social network features and also be on the social networks!