Paddy Power is one of the igaming companies that are pretty innovative. Last week they released a bingo app (read about my first impressions) and yesterday they released a new iPhone app for the their “Premier League fans”.

In the new app Paddy Power customers can point at a Premier League match on their TV to get real time odds on that match. 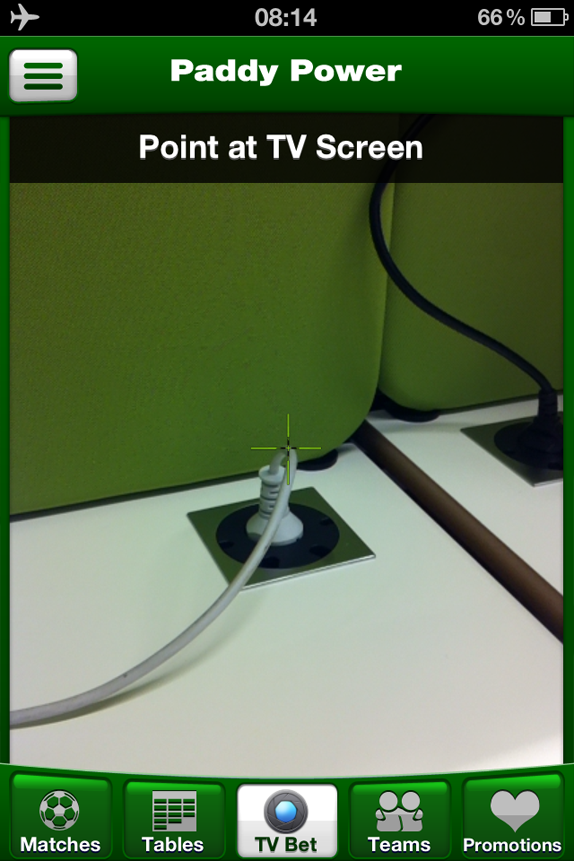 Image 1. Point the app at your TV.

The app also have a few other nice sections: 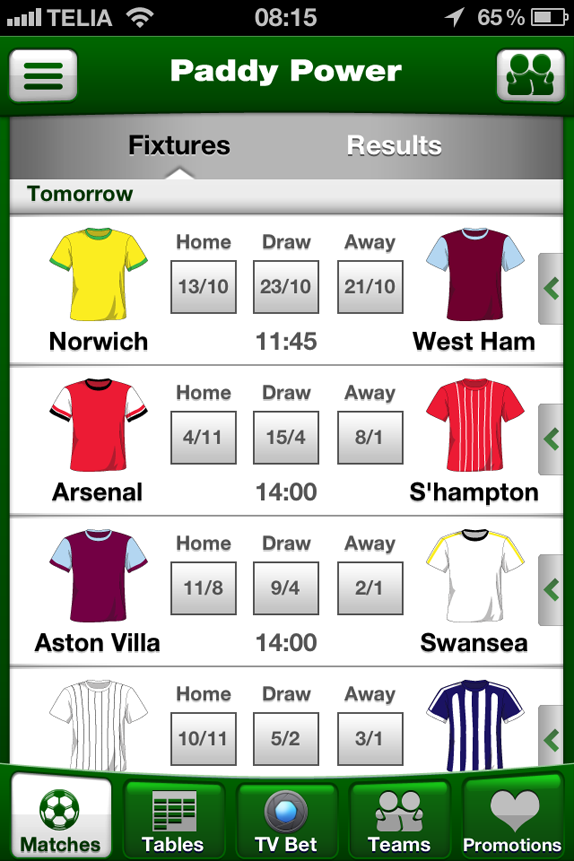 In the “Matches” section you are able to see the upcoming fixtures and the odds on those matches.

But the app lacks one crucial functionality: Being able to place a bet within the app. 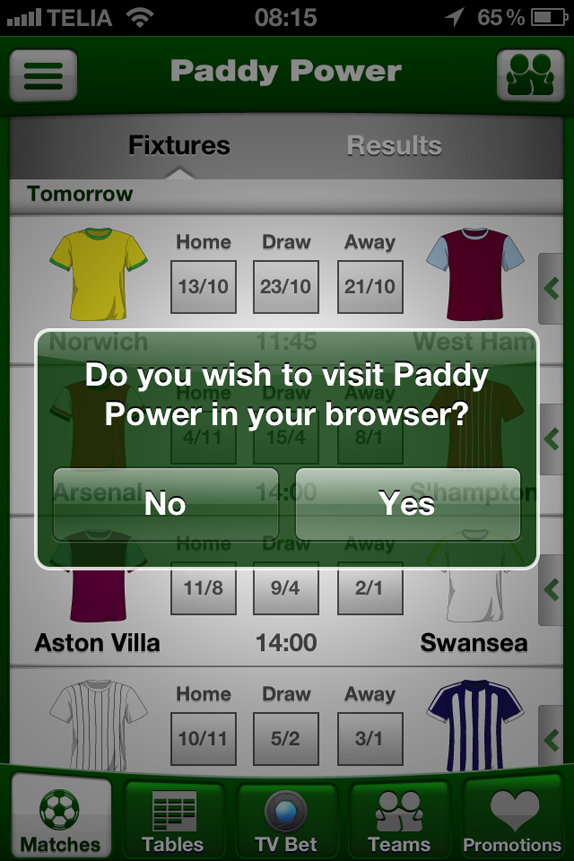 Image 3. Not possible to place a bet within the app.

When you tap on one of the odds then you get an alert saying “Do you with to visit Paddy Power in your browser?”. I think this is where the app really fails. As a player I want to be able to place a bet within the app, not go somewhere else to do it!

A later version of the app will hopefully add this functionality.