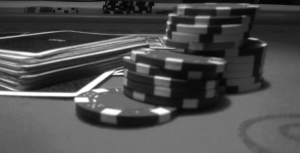 Playtech is another company in the gaming industry that have reported a result not as good as expected.

I am sure that Svenska Spel and Playtech are not the only companies in the gaming industry having a tough year.

Svenska Spel believes their result is because they have added the ability for players to set gaming limits and Playtech says it is because of the integration with William Hill (link asked to be removed by William Hill)taking longer than expected.

I think there might be some other reasons for it as well.

For instance, during this period Svenska Spel released a new version of their portal. I know that Svenska Spel takes user experience seriously, they’ve also added some common ity features on the portal, but I think it should be more integrated with the games than it is today. (it will be a redesign in 20 minutes topic in the comping weeks).

I also believe that the economic climat makes a difference, players don’t have so much money to spend on gaming and are more loyal to their favourite gaming portals insted of going to many different ones.

User experience will be a very important success factor for gaming companies in the near future!